An interview with our Places of Poetry poet-in-residence 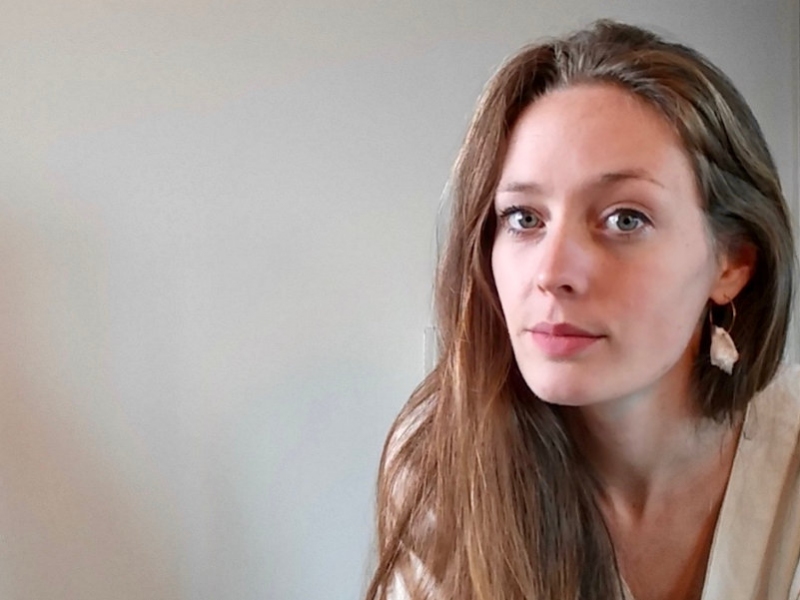 Places of Poetry is a community arts project: generating poems of place, heritage & identity that are pinned to a digital map. Unlocking the Severn has been selected as one of 13 key heritage partners for this project and we are thrilled to be working with Isabel Galleymore as our poet in residence.

Inspired by the great epic poem of English and Welsh national description, Michael Drayton’s Ploy-Olbion (1612-22), the project will encourage people of all ages and backgrounds to write poems about the places that matter to them in 2019. Potential poets are encouraged to reflect on the environment and history around them before writing their poems about place.

The Places of Poetry digital map features a historic layer based on decorative 17th county maps, underlaid with modern Ordnance Survey mapping.  Users can zoom into modern locations in detail and pin their poem to the exact location that inspired it.

Isabel Galleymore’s debut pamphlet, Dazzle Ship, was published by Worple Press in 2014 and her work has featured in magazines including Poetry, the London Review of Books and New Poetries VII. Significant Other, published this year, has been shortlisted for the Forward’s Felix Dennis Prize for a first collection. In 2016 she was a poet-in-residence at the Tambopata Research Centre in the Amazon rainforest. She teaches at the University of Birmingham.

We were keen to catch up with Isabel on how she would approach this project!

How do Rivers inspire you and your poetry?

That’s an interesting question because up until now I haven’t written very much about rivers! However, in my debut collection of poems, Significant Other, which was published earlier this year, there are a lot of poems about the sea. In 2016 I spent some time in Cornwall on poetry residencies and found myself increasingly drawn to rock pools for their weird and wonderful creatures. The strawberry sea anemone was probably my favourite find. I’m fascinated by the different lives that inhabit the River Severn too and so I hope that this might influence my writing on the project, but I’m also interested in how the river is a curious product of both natural and industrial forces. There’s something quite solitary and meditative about staring into a rock pool, but observing the Severn (with its canal locks and weirs) is a more historical, cultural and sociable experience. I’m looking forward to seeing how these quite different qualities will influence my writing.

How will your experience as a poet working in the Amazon inform your approach as poet in residence for the UK’s longest river?

The residency in the Amazon really helped me to start thinking about how to address environmental issues in my work. It was a real privilege to spend a month there – watching spider monkeys in the trees, observing (and sometimes shooing away) various species of insect in my room. It was, in many ways, a very vivid reminder of biodiversity (and its threats). The project, Unlocking the Severn, is another way of thinking about the importance of biodiversity given its focus on the shad. When I learned that the shad have not been able to spawn upstream for the last 170 years because of the industrial changes made to the river, I was astonished. I really hope that I might be able to draw attention to this fact during my residency and celebrate the fish ladders that will allow the shad to return upstream and enrich the ecology of the Severn river.

What poets do you think of when spending time in nature?

There are a number of poets who have influenced the way I perceive the natural world and to whom I am very grateful. Perhaps most applicable to the River Severn is Alice Oswald whose book-length poem, A Sleepwalk on the Severn, explores the landscape through its local communities – real and mythic. Getting even closer to rivers and other bodies of water is Elizabeth-Jane Burnett whose poems in Swims recounts her experiences wild swimming. There’s also the poet Emily Hasler who draws attention to particular architectures – both natural and manmade – in The Built Environment. ‘All winter the river was one creature’, she writes in ‘Difference’, and in ‘The Henry Hudson Bridge’, ‘The estuary’s deepened by centuries of concern’. She illuminates the layers of way in which our familiar environments have been landscaped by

I’m excited to learn more about the ecology of the river and way in which the river has been used – and still is – by different communities. In particular, I’m really keen to hear how people from the local area define their relationship with the river, which I hope to pursue through a writing workshop at Diglis Island later in the summer. The Places of Poetry project encourages the public to write about their local landscape and pin their poem on a digital map online. I think this is a really exciting opportunity to glimpse a rich diversity of voices on themes of place, heritage and identity.

You’ve been described as an expert in ecopoetics, what is that?

Some people separate ‘ecopoetry’ from ‘nature poetry’. ‘Nature poetry’ is often seen as idealizing or romanticizing the natural world, whereas ‘ecopoetry’ is more engaged with environmental issues such as pollution, climate change and extinction . Juliana Spahr, a poet I admire for her work in ecopoetics, describes the tendency for nature poetry ‘to show the beautiful bird but not so often the bulldozer off to the side’. I think it’s important to celebrate the beautiful bird and the beguiling strawberry sea anemone, but I also think poetry can help to articulate environmental destruction too. With climate change, this destruction often feels far away or not immediately relevant to our daily lives. We could say the same about plastics in the ocean. I believe poetry can help us feel closer to these issues, and, at the very least, question and explore our often confusing relationship with the natural world.

Find out more and get involved:

We hope to inspire many poems relating to the River Severn. Use the hashtag #SevernPoetry to tweet us when you do!

Find out more about this intriguing project and pin your own poems at: placesofpoetry.org.uk

Read or listen to Isabel reading one of her poems: The Ocean.