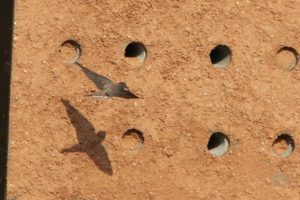 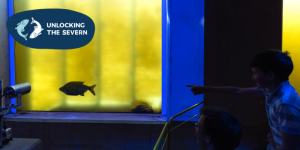 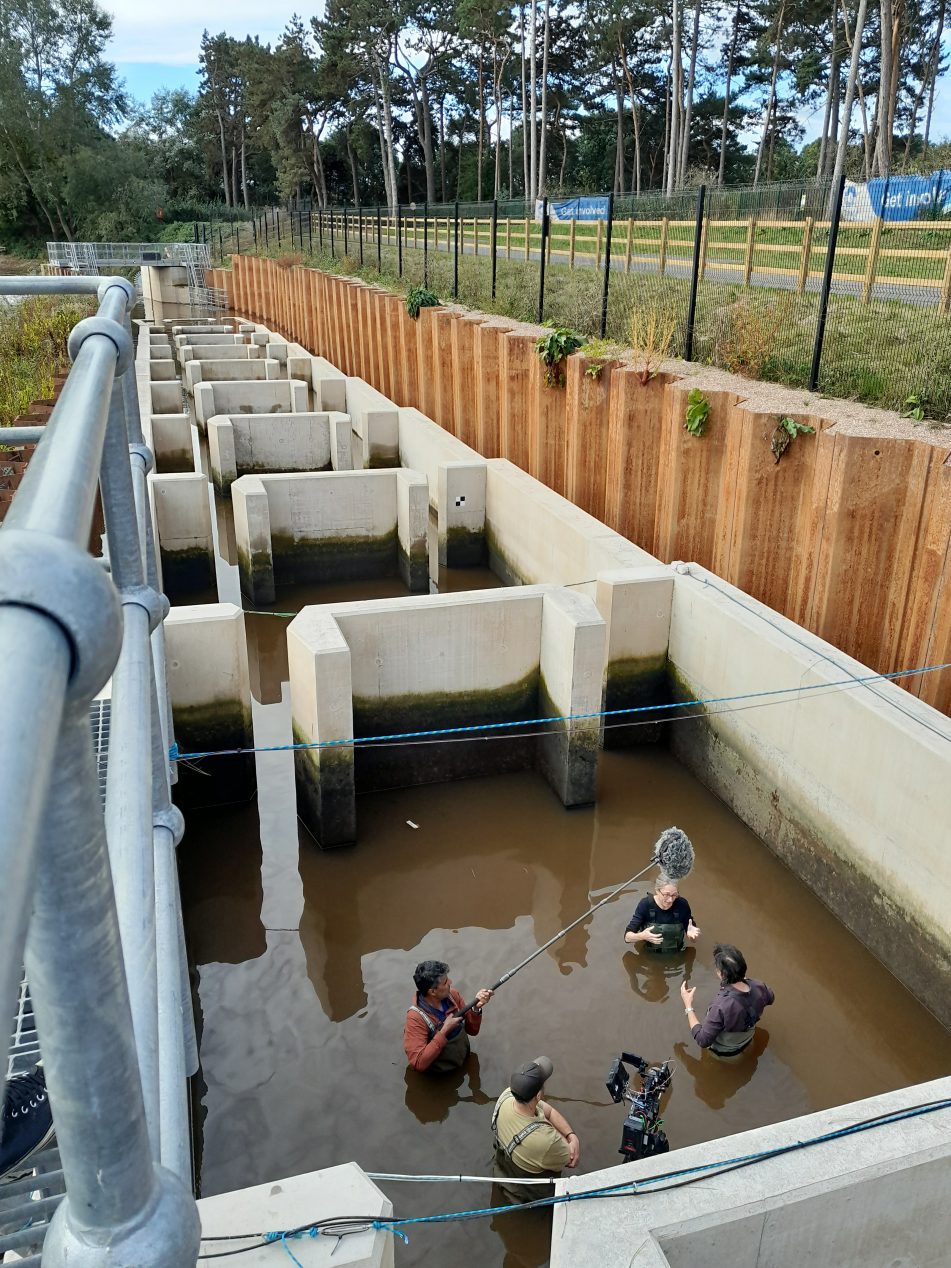 We had to keep the lid on this coverage until it aired but back in early October last year (2021), when the river was unfortunately very high and very muddy, we filmed with Richard Hamond as part of his new series all about Britain’s Beautiful Rivers.

In the first episode, Hammond follows the Severn from its source in the Cambrian Hills to the Bristol Channel via Worcester.  And with us at Diglis, he bravely donned waders and entered the drained pass to take a look at the pass from the inside.  At least the pass was supposed to be drained for cleaning the viewing window… but the river was so high, that the pass back-filled quite deeply from the bottom end.

And as you can probably tell from the film footage it was a little chilly in there too!

However being covered by in this documentary series has helped a great number of people learn a little something of the problem that barriers cause for fish and the fish passage solution our project is putting in place.  So we think this was definitely worth a cold paddle in a muddy fish pass!

Many thanks for Richard for being such a good sport and well done to Jennie her first TV appearance!

Watch on All4 on your digital TV or via the link below:

Richard Hammond chats to Jennie about fish passes at Diglis. 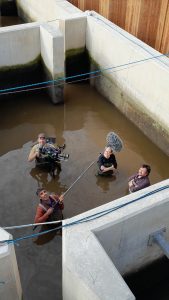 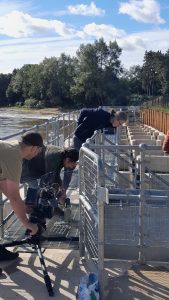 Hammond, Jennie and the crew brave the chilly waters of the fish pass. Then Hammond lets the rest of the water back into the fish pass using our actuator drill which opens the sluice gates.