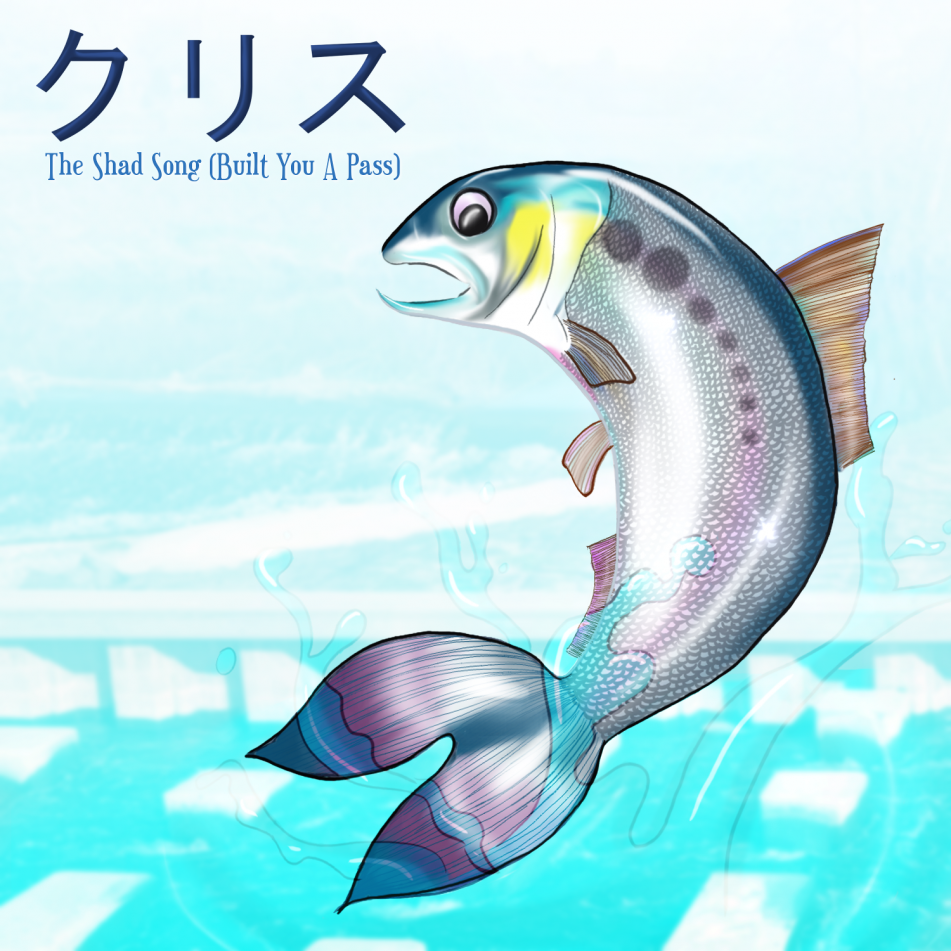 The Unlocking the Severn project has inspired people’s creativity in so many ways. We were recently very excited to learn that we have inspired a new single! The artist Kurisu has released a song entitled The Shad Song (Built You A Pass), motivated by his volunteering with us and enthusiasm for our wonderful project. We caught up with him to ask about his new music.

How long have you been writing music?

I began writing music when I was at high school some 26 years ago. I’ve been on quite a journey with my writing since then, taking influences from many different genres and eras from artists and bands like The Beatles, Bee Gees, Cliff Richard and John Denver, to the visual kei and J-pop music of Japan to Indian classical music.  It’s always been something I’ve loved doing and I want to use my music to help good causes and build a better, greener world.

What inspired you about the Unlocking the Severn project?

I had recently started studying marine biology as the oceans and the wildlife within them have always been very special to me.  Initially, I felt that being so far from a coast, living in Worcestershire, there wasn’t much I could do practically regarding the sea.  Then I thought again and looked towards the River Severn, realising that the rivers are also such an important part of life and of course, to the sea.  I went to do a litter pick around the Bevere Island area of the Severn and saw the fish pass there.  When I looked it up later, I was inspired by the work Unlocking the Severn was doing to aid fish migration.  It felt like such a good project – to help rare fish to reach historic breeding grounds, to help them do something so natural they’d been unable to do for over 100 years. 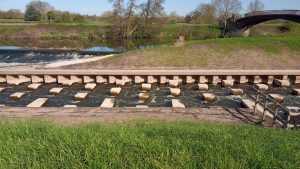 Views of Bevere Fish Pass during my litter pick.

Why was it important to you to write The Shad Song?

I wanted to do something to help, so I started counting shad online then decided I’d like to try and raise some funds for the project using my music.  I thought that any money I could raise would help continue the construction of the fish passes in other areas and then to go on to maintain them in the future.  I don’t know how much I can raise, but I hope it can be an ongoing thing that will do some good.  I hope the song will help raise awareness of not only shad, but also other wildlife that depends on rivers, that we should avoid making mistakes of the past, to think about our impact on the environment and to show that there are people and organisations out there that care.  Also, I hope it will be a bit educational too, telling the story of the shad in the River Severn. 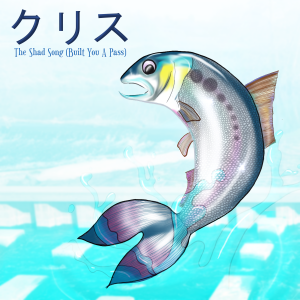 The Shad Song (Built You A Pass) album artwork. Designed by my wife.

Included with the release is a karaoke version of the song.  I was thinking if anyone out there wanted to film themselves singing along to it, they could then upload their videos to YouTube and help generate even more funds for Unlocking the Severn.  The lyrics are available on my WEBSITE.

We’ve loved having you as a volunteer. What is it about conservation that matters to you?

I believe conservation is so important and that we need to really think about our role as humans on the Earth.  I love all animals and nature and don’t want to lose any more species or habitats than we already have.  There are so many beautiful and incredible things living out there and they deserve the chance to live on.

Tell us about your favourite memory of volunteering with us.

I’d been staying at home throughout the pandemic, since a week before the first lockdown in March 2020 only going out to go to the post box a few roads away.  I went to the River Severn by Bevere Island in April 2021 and it was the first place I’d really been since lockdown.  Being out by the river was a very special feeling and then discovering the work Unlocking the Severn is doing was very inspiring and motivating.  So, just being able to volunteer, to do a little something to help, has meant so much to me.

What projects have you got coming up next?

I’m currently working on more music and art with the aim of fundraising for environmental causes.  I have a shop on Redbubble.com featuring some of my artwork, (including the art that my wife created for me to use as a cover for The Shad Song), where I will be donating at least 50% of my personal profits to various causes including The Shark Trust, the Scottish Sea Bird Centre and Plover Rovers.

Musically, I’m recording some new songs which I’ve wanted to work on for years that I’m really excited about, and I’m working on a new live set.  Initially, I’ll be performing online via a live stream but intend to go out to venues again soon.

I’m working on some wildlife art, perhaps a comic and I’m also working as a communications officer for Plover Rovers and I’m a member of the North Claines Parish Council so I’m keeping very busy.  But it’s all good and I’m loving every minute of it.

The Shad Song (Built You A Pass) is available on Kurisu’s website, and a number of music streaming sites. The links to which can be found HERE.

Feeling musical? Have a go at the karaoke version of The Shad Song! You can find the lyrics HERE.

Kurisu is kindly donating all proceeds from The Shad Song (Built You A Pass) release and related merchandise to the Unlocking the Severn project.

Unlocking the Severn are thrilled to have inspired Kurisu to create this song in support of our project. The shad song is an initiative of Kurisu, and all responsibility regarding the promotion and allocation of profits from the song remain with them.