The Amazing May Fish Migration 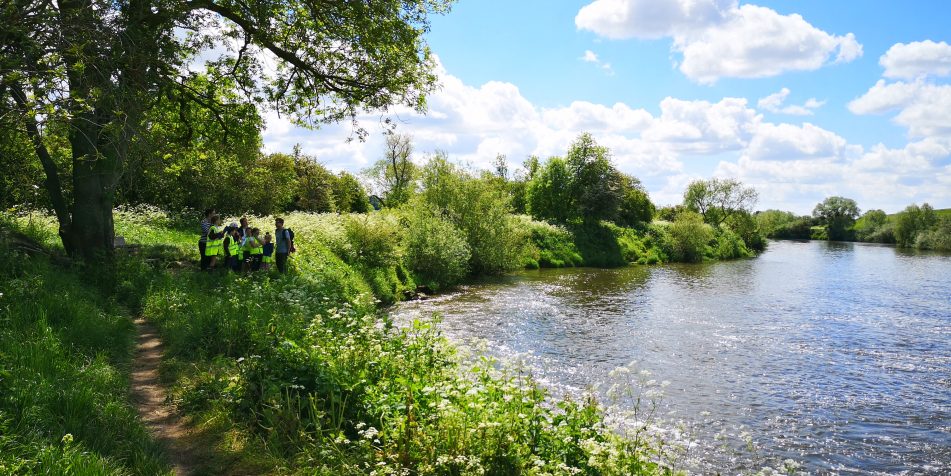 May is our favourite month to be by the river! Soon the Severn’s riverbanks will be frothing with white hawthorn blossom, and mayflies will be dancing above the water. But despite the beauty of these springtime sights, at Unlocking the Severn we look beneath the surface of the river for the most exciting arrival of the season. Because this is the time of year that twaite shad journey from the sea up the River Severn for their annual spawning migration. 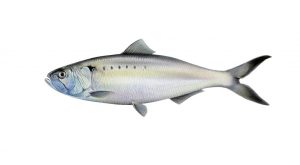 The twaite shad are a sea-dwelling fish related to herring. Every spring, triggered by changes in water temperature, they swim on high tides out of the Severn estuary, onto the river, travelling currently up to 70 miles upriver to spawn. Our conservation project is focused on helping to restore the epic journey of this rare fish by enabling them to reach their traditional spawning grounds much further up the river.

In May last year we found ourselves in lockdown. The shad were journeying as we were under orders to stay at home. It was a huge disappointment for our project team to cancel all our plans for volunteering, monitoring, and public events to record and celebrate the shad migration. So, this year we are determined to make the most of May, and all the silvery, mesmerising joy it brings as twaite shad, themselves traditionally known as May fish, return to the River Severn!

We need the help of our amazing citizen science volunteers more than ever. Shad counting takes place at the riverside at Tewkesbury where volunteers can see shad passing over a notch in the weir. The data the collect gives us real time insights into the shad run and is also used to help estimate the size of the shad population and monitor their fortunes from year to year. This year, with the help of dedicated volunteers, we will also collect new data about shad spawning events which take place at night. Find out more details about how you can get involved HERE.

The 2021 shad run is a particular milestone for our project – as it will be the first shad run where two of our huge new fish passes on the River Severn will be open, allowing one of the UK’s rarest fish to pass these weirs on their way to historic spawning grounds, for the first time in nearly 180 years!

The ‘spring shad run’ used to be a well-known and celebrated feature of life along the River Severn, when a healthy shad population of hundreds of thousands of fish migrated up the river every spring. Shad were renowned far and wide, and a favoured dish in Henry III’s medieval court. But in the mid-1800’s the Industrial Revolution saw weirs built in the river to help maintain the water level for barges carrying cargo. Sadly, this created barriers that stopped the shad reaching their natural spawning grounds in the upper reaches of the river.

A small surviving population of twaite shad still migrate onto the River Severn each spring but for more than 170 years their annual migration has been cut short at Worcester. Unlocking the Severn, a project delivered by the Canal & River Trust, Severn Rivers Trust, Environment Agency, and Natural England, will reopen over 150 miles of river to protected and endangered fish species, by creating routes around six weirs – four on the River Severn and two on the River Teme tributary. In addition to the locally threatened twaite and allis shad, this will help to secure the long-term future of many declining and protected fish species such as salmon, eels, and lamprey on the UK’s longest river.

Unlocking the Severn is one of the largest river connectivity projects of its kind ever attempted in Europe and has been made possible through funding from the National Lottery Heritage Fund and the European Union LIFE programme. It is being delivered by partners: Canal & River Trust, Severn Rivers Trust, Environment Agency, and Natural England.