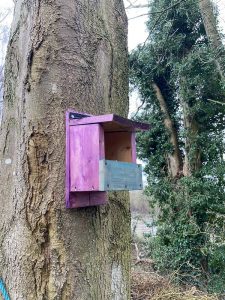 Focus On… The Twaite Shad 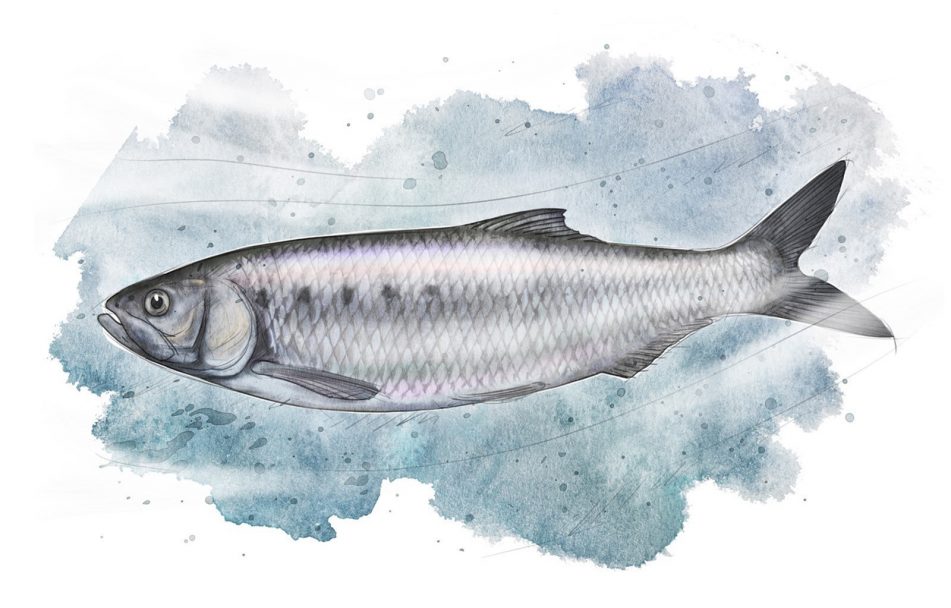 I’ve been a coarse fisherman for most of my life, so I’ve always felt that I’ve had a good knowledge of the fish that inhabit the UK’s rivers. I’ve caught a wide variety of fish growing up including pike, trout, tench and barbel…to name a few. I admit that I had not heard of the twaite shad until I saw the advert for the Waterways Environment Apprentice role advertised.

It’s not surprising. Shad are a very brief visitor to our rivers in spring, averaging only about 30 days per year in fresh water. They are also one of the UK’s rarest fish only migrating to breed into a handful of rivers, all of which discharge into the Bristol Channel.

I was part of the Unlocking the Severn project for nearly two years, and during that time I learned about the amazing twaite shad. The project has carried out lots of research about the fish. A PhD student, Pete Davies, from Bournemouth University supplied lots of this information from his studies between 2018 and 2020. In addition, Charles Crundwell is our Senior Fisheries Specialist from the Environment Agency, and leads the data collection for the project. Through tagging, eDNA, spawning watches, citizen scientists, resistivity counters and acoustic recordings we are learning more all the time about this amazing fish.

Shad are in the genus Alosa and the family Clupeidae. They share similar characteristics to herring which are in the same family. Shad however have a slightly deeper body shape, a blueish tinge and have between 3 and 10 dark spots behind the gill casing and fading towards the middle of the back.

In the UK we have two species of shad that enter our rivers: the twaite shad and the much rarer allis shad. They are both very similar to each other in appearance, and hybrids are common. Size is perhaps the easiest way to identify them from each other, as the allis shad tends to be larger (45cm – 60cms long) when it enters fresh water, whereas the twaite shad tends to be around 30cms to 45cms. 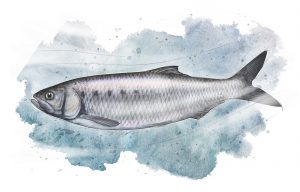 Illustration of a twaite shad, by Steven Hall

Shad spend most of their lives at sea but enter the river in May to lay their eggs. This makes them an ‘anadromous’ fish. They spawn with the male and female frantically swimming and splashing in a circular motion in the surface area of the water, but you are unlikely to see it as peak spawning is around 2am! Their eggs are fertilised as they are released, and they sink through the layers of the water into the substrate. Eggs typically only take 4 days to hatch. These tiny juvenile fish start out at around 1 – 2mm long and are attached to their egg sac which will be their source of food for a few days. Once the egg sac is finished the young begin to feed on microscopic phytoplankton.

The juveniles spend around 3 months in the river feeding and gaining in size, until they reach a length of around 20 – 30mm. At this time they are tackling larger prey like small insect larvae. From the point of hatching, they begin making their way downstream with the flow of the water (‘larval drift’) and eventually reach the estuary by August. The young fish then live in the estuary for the first year before migrating to sea, not to return until they reach sexual maturity. The smaller males will return for the first time at three years old when they make their way into freshwater to seek out their ideal spawning grounds. Around 70% of shad will make it back to the sea after spawning before they then return to the same river to spawn the following spring, and can continue to do this every year for up to five years.

Shad have been historically important to the region of the Severn for centuries. The earliest known written record of the mention of shad was from the year 1250. During the 1640’s there were mentions of the Civil War army soldiers eating shad between battles. There are also records of shad being transported to London in their thousands for sale at Billingsgate Market. Shad were also the reason the first fisheries laws were introduced by the Crown to protect their numbers on the Severn.

Up until the mid-1800’s, if you lived on or near the river Severn the shad would have been an important source of protein in your diet during the spring. The river would have been teeming with shad every year from late April to early June. Hundreds of thousands of these fish would have made their migration from the Severn Estuary up to their preferred spawning grounds in the upper reaches of the Severn and Teme.

There are many reasons that all shad numbers have increasingly struggled worldwide over the last 180 years. Pollution and overfishing will no doubt be two reasons for their demise, but perhaps this needs further research. One thing we know to be a major factor to their migration is barriers in the river, such as weirs.

At Upper Lode Weir near Tewkesbury in Gloucestershire, migration upstream is possible since that region of the Severn is tidal. This allows the fish to swim over the weir during higher tides and flooding. More importantly there is also a “notch” cut into the weir which allows them a corridor to pass through during certain conditions. This barrier does however slow down their journey, where they are more vulnerable to predation than they would be in the sea. 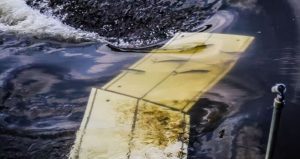 The next barrier to their migration on the Severn is about 16 miles upstream at Diglis. This weir is in the city of Worcester and there is little chance of shad migrating upstream of this unless in flood conditions. Before the weirs were built around Worcester (to aid navigation for larger boats) there were no real barriers for migrating shad on the main river, but in 1844 when Diglis weir was built their numbers absolutely plummeted in the Severn. These weirs do not only obstruct shad. The Severn has many other species of migrating fish that are impeded in their migration, including: European eel, lamprey, Atlantic salmon and sea trout, all of which have struggling populations locally.

Every Autumn on the news, or on social media, we see images of iconic Atlantic salmon ‘leaping’ up weirs. Although an impressive sight this is extremely tiring for the fish, and unfortunately many do not make it to their spawning grounds because of fatigue, injuries received when leaping or predation. Unlike the salmon, shad will not really attempt a ‘leap’ over an obstacle. They are however strong swimmers being able to produce bursts of up to 5 metres per second! If a bypass channel, or fish-pass, can be built to slow the water down enough around these weirs then shad will be reconnected to areas of the river where they haven’t been witnessed in any significant numbers for 175 years.

Thanks to research, and epic engineering, the Unlocking the Severn project is reconnecting shad to over 150 miles of spawning habitat. Fish passes have been built to bypass fours large weirs on the Severn, in order to aid migration for shad and other species. Three of these have been completed – Diglis, Bevere and Lincomb – and the fish pass at Holt Fleet Weir is on track for completion later this year. As part of the project, two weirs on the river Teme in Worcestershire have already been modified to allow migrating fish to pass. 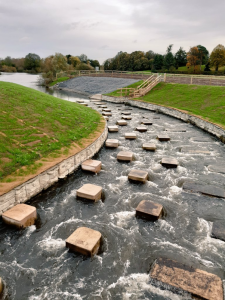 The natural channel fish pass at Bevere, the first pass completed as part of Unlocking the Severn

Research will be ongoing for the duration of the project, and long after, to monitor the shad migration numbers on the Severn. We’re confident that conditions upstream will be ideal for the returning shad, and we should start seeing positive results from the installation of the new fish passes. In fact we have already seen shad through our underwater viewing window at Diglis Fish Pass – a historic moment for River Severn ecology!

Perhaps in the future young anglers will grow up learning all about wonderful twaite shad, and they will become a household name like they once were.

During April and May, we have a team of citizen scientists at the river in Tewkesbury, helping to count shad as they migrate. You could be one of them! We will also have citizen scientists in Tewkesbury and Worcester, helping us to monitor shad spawning events in the Spring. More information on volunteering opportunities can be found on the project website: www.unlockingthesevern.co.uk/volunteering. 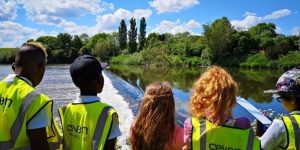