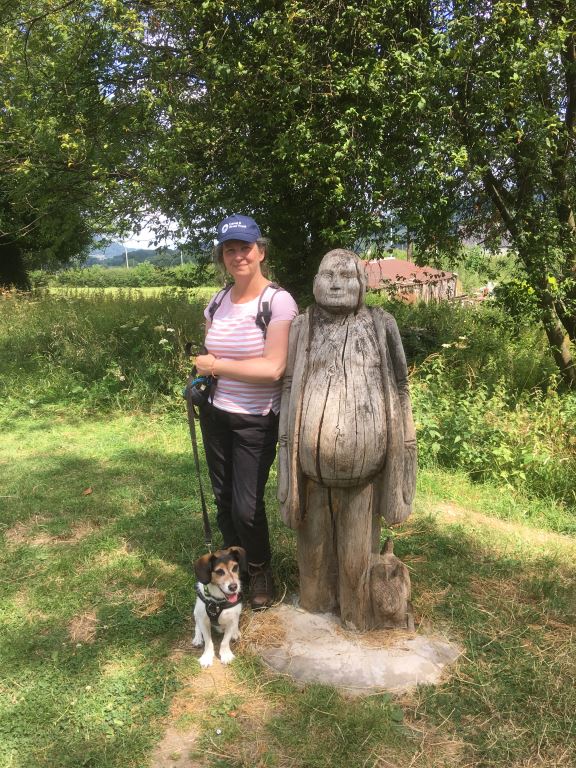 Leg sixteen of our 206 mile collaborative walk from the estuary of the River Severn up to it’s source has been completed!

If you would like to keep up to date with the team’s progress then visit here.

Alex tells us all about her walk below:

As our second leg on the team relay walk was a bit further from home than the first, we decided to make a mini-break of it and booked a campsite as close to Crew Green as possible.  We stayed at the eco-friendly Sychpwll Centre, on the banks of the River Vyrnwy.  The evening before, we recce’d our route to the Severn, and found several of the footpaths impassable (for various reasons), so settled on a route that took us to the Severn Way at LLandrinio Bridge. 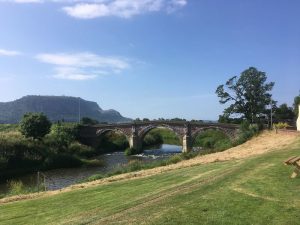 Llandrinio Bridge – designed by Joh Gwynne, it was the point at which we joined the Severn

Next day, bright and breezy, we set off, and happily made it to the Severn.  Our first landmark on the route was the elegant stone bridge over the Severn, designed in the mid Eighteenth century by Shrewsbury architect, John Gwynne.  He designed a number of bridges on the Severn, including the river bridge in Worcester.  We were “welcomed” on to the Severn Way by a delightful bi-lingual interpretation panel. 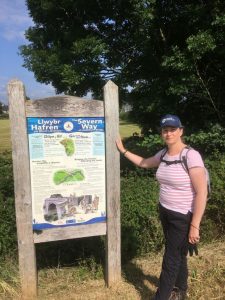 Welsh welcome panel – this was at the point where we joined, and welcomed us to the Severn Way.

Our walk now fully underway, we took the route of the embankment flood defences, which followed a straighter course than the meandering Severn.  We were only treated to occasional views of the water, as it twisted its way in a fairly steep-banked channel.  The day was much hotter than we had anticipated, and we were exposed to the sun on the flood plain, with little shade.  We saw very few people, but an awful lot of cattle!  We were accompanied for quite a way by the dramatic view of Rodney’s Pillar and the quarry below.  After some way, the Severn Way joins the Offa’s Dyke path, and signage for this takes preference. 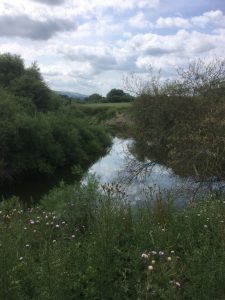 Elusive Severn – once some way into the walk we struggled to see the Severn as it was a distance away and quite low in the steep sided channel.

Crossing the busy A483, we found much-needed refreshment at the Powis Arms at Pool Quay.  After lunch, we then headed up the embankment to continue the Severn Way along the Montgomery Canal. This section of the walk brought back many fond memories of a previous project I was involved in.  Fortunately, this section of the walk was a lot easier under foot and had a lot more shade thanks to the wildlife corridor provided by the canal.  We saw LOTS of fish in the canal, including Perch and Roach.  We ended our walk in the centre of Welshpool, happy to catch sight of our taxi back to the campsite. 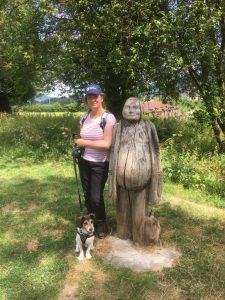 Alex, Corky and Friends – photo taken at Buttington Wharf on the Montgomery Canal

A few more photos from Alex’s walk below: 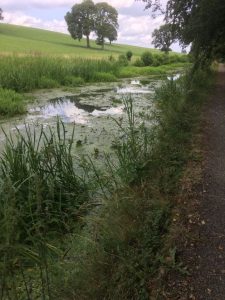 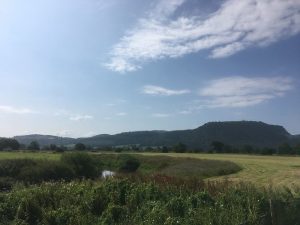 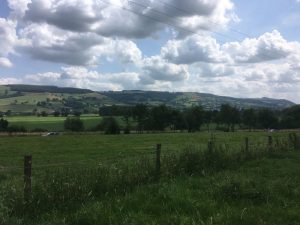 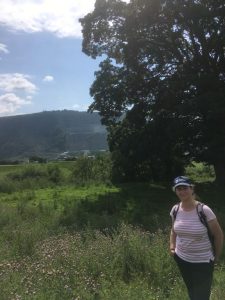