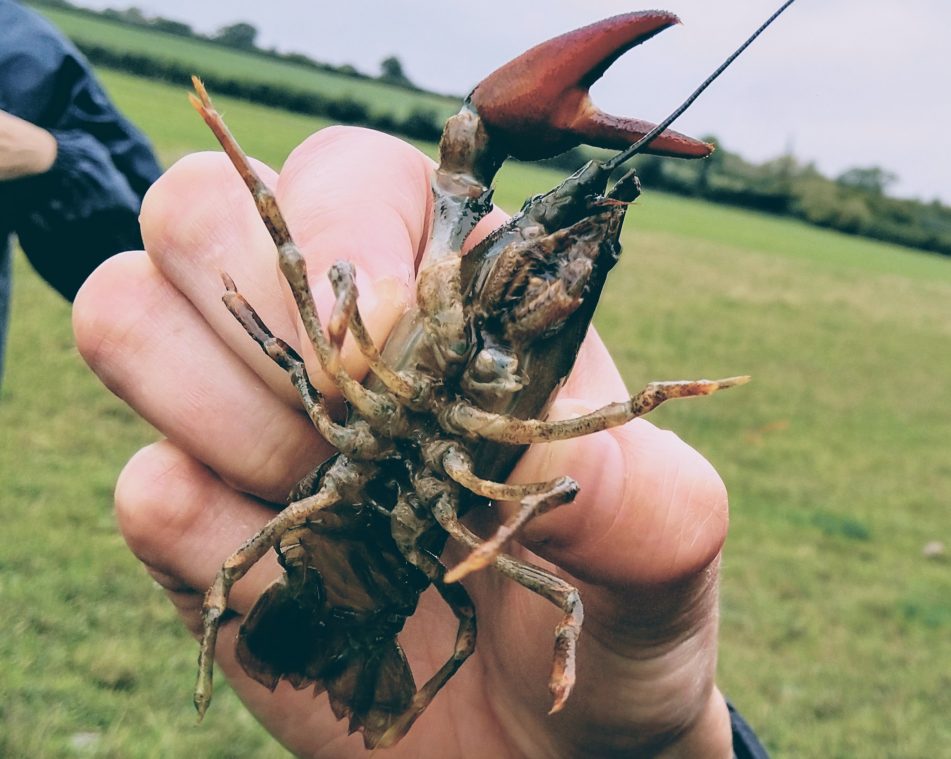 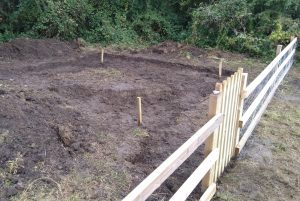 Settling into a new job can be tricky, but very exciting in my experience. This project is so large, and there are so many people involved, that I feel it’s taken me a while to get my head around who is doing what! I’ve discovered that my role is right in the centre of the “Community Engagement” team. The Unlocking the Severn project aims to encourage members of the public to experience the benefits of the river to help with wellbeing and to engage with its natural heritage. My role as a Waterways Apprentice is to assist with volunteer groups that will be surveying the river, as well as carrying out practical workdays, cutting back vegetation and planting trees etc. Without a Volunteer Officer in place I am restricted slightly in settling into my new role. I have however been able to assist with some volunteer groups that the Canal and Rivers Trust has been organising. In the last blog I told you about a college in Gloucester that has been digging a pond for newts near Saul Junction. I can report that the pond is coming along nicely. The fence is complete, and the shape of the pond now is fully evident. Once the pond is considered deep enough the group will get a delivery of clay so they’re able to line the pond to stop water seeping out. We’re hoping that Great Crested Newts will be able to move in by the spring. I’ll keep you posted. 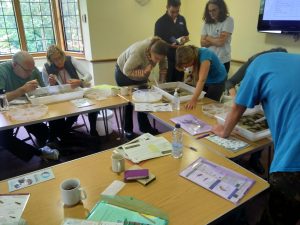 Over the last three weeks I’ve also been able to take part in some training. I’m going to be working with volunteers to monitor water quality at certain points along the Severn tributaries. I accompanied Ed and Lisa from the Severn Rivers Trust who deliver Riverfly courses on behalf of The Riverfly Partnership. Counting invertebrates by kick-sampling, and monitoring their numbers in a small stretch of river, can give a clear indication of water quality and possible pollution. Hundreds of people across the country are now trained to carry out riverfly monitoring and numbers are growing all the time. I can now more confidently assist in the delivering of these classes and will be assisting groups up and down the Severn to help us gain a clear idea of water quality. You can get involved by going to the Riverfly partnership website. http://www.riverflies.org/ 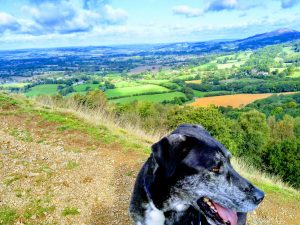 Marley on the Malvern Hills

Having moved to Cheltenham from Norwich recently, I’m currently staying with friends while in the process of buying a house. It’s a difficult time as I’m not spending as much time with my dog as I would like. Marley has spent some time at a local dog-sitters, so I’ve been trying to spend time with him during the weekends and evenings. The Malvern Hills have been recommended to me by a few locals, so last weekend I took Marley for a walk around British Camp and Herefordshire Beacon. The panoramic views are amazing, much different countryside to what I’m used to! Looks like I won’t be short for beautiful places to walk him. On Thursday this week I’m due to take him to the Severn Rivers Trust office in Martley. The office is dog friendly, so hopefully he won’t moult too much on their carpet! 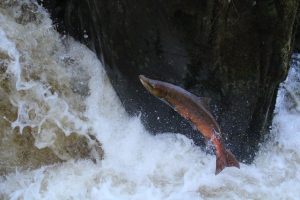 At Martley on Thursday I’m meeting up again with Ed from the Severn Rivers Trust. He and I will be meeting to discuss engaging with volunteers in Ludlow to monitor Salmon migrating up the weir, and the newly installed fish pass. Last year’s figures show that the Salmon numbers were low, and less than 10 percent of fish attempting to jump over the weir made it upstream! We’re hoping this year will be different. As part of the Unlocking the Severn project 2 weirs on the Teme at Powick and Knightwick have been partly removed by the Environment Agency. On top of this a new fish-pass has been installed upstream in Ludlow. Fingers crossed that the numbers of successful migrating Salmon will be on the increase in this “Year of the Salmon”!

I’m on holiday next week. I’m travelling to the Isles of Skye and Harris to do some walking and checking out some of the many mountains and rivers. After that I’m attending a week-long course at my college near Taunton in Somerset to study river systems and flood management projects. I’m really looking forward to starting the studying side of my apprenticeship. Hopefully my next blog will be in November – right in the heart of the Salmon migration!

Speak to you soon.