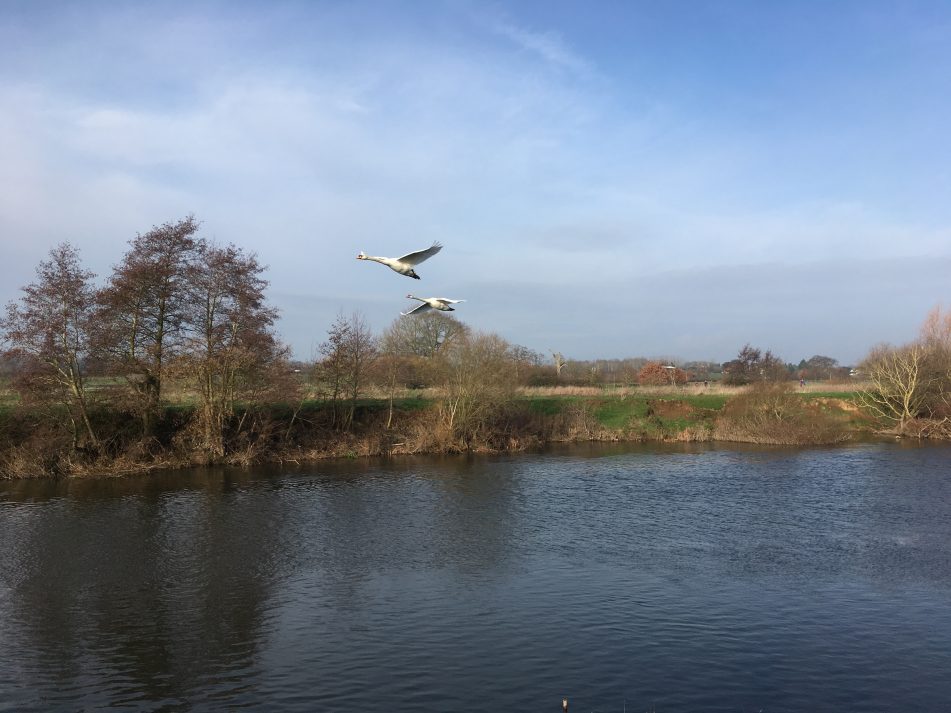 Riverside preparations begin in Worcestershire this February on a major UK wildlife project that will reopen over 150 miles of the River Severn to protected and endangered fish species.

Unlocking the Severn is being run by the Canal & River Trust, Severn Rivers Trust, Environment Agency and Natural England. The £19.7 million project is one of the largest river restorations of its kind ever attempted in Europe, with £10.8 million of funding from the National Lottery – awarded through The National Lottery Heritage Fund – and £6 million from the European Union LIFE programme.

The project will reopen 158 miles of the River Severn to fish, by creating routes around physical barriers, namely weirs, that currently prevent migration to critical spawning grounds. This will help to secure the long-term future of many of the UK’s declining and protected fish species, particularly the locally-threatened twaite and allis shad which hundreds of years ago were a staple food in the court of Henry III.

State of the art fish passes will be installed on four navigation weirs on the River Severn, following fish passage improvements that started last year at two sites on the River Teme. Diglis and Bevere will be the first two sites on the Severn, with installation of the passes due to start in April and May respectively. In order to prepare the sites teams will be at both locations in February to remove a number of trees along the riverside. To mitigate the loss of the trees, five new trees for every one that is felled will be planted along the River Severn corridor. The tree removal has been approved by Worcester City Council and Wychavon District Council and follows an independent aboricultural impact assessment (AIA).

The construction of both the fish passes will take approximately 10 months.

Jason Leach, programme director says: “We’re delighted to be starting work in Diglis and Bevere on what is a once in a lifetime project that will bring major environmental benefits to the river and the species that can thrive here. The decision to remove trees from the river bank this February was not taken lightly and only after all other avenues were explored. The tree work is being undertaken before bird nesting season. We will mitigate the loss of the trees by replanting new trees along the River Severn corridor, and would like to assure people that we are only proceeding on the basis that the long term ecological benefits of what is one the largest projects of its kind ever attempted in Europe are so worthwhile.

“In addition to the major engineering works providing fish passage, we have an exciting science, heritage, education and volunteering programme, so there are opportunities for people to get involved and help shape the project over the coming years. I’d encourage anyone interested in any aspect of the work to get involved.”

Unlocking the Severn will deliver ambitious heritage, education and science programmes that aim to reconnect eight million people with the River. This includes working with community groups along the river, over 6000 school children, and creating opportunities for hundreds of volunteers. The project aims to have the knock-on effect of attracting more visitors to the region and boosting the local tourist economy. Recreational fishing on the River Severn currently contributes £13.5million per year to the local economy, and it is hoped that the project will boost this by a further £4millon.

Work on Unlocking the Severn began at Powick Weir and Knightsford Bridge weirs in July 2018. The work at the other sites – Diglis, Holt, Bevere and Lincomb weirs – will be carried out over the next three years.

Unlocking the Severn will be holding an information day on Sunday 17 February, from 11–3pm on Diglis island. You’ll be able to learn about the shad’s River Severn migration and more about the fish pass being installed at Diglis.  You can chat to project staff and find out about volunteering opportunities that will help local people in Worcester learn and be inspired by the river, or in monitoring the shad migration. You’ll also have a chance to see inside the heritage buildings on Diglis island before the project team begin renovations there to create a permanent space for learning and exhibitions.