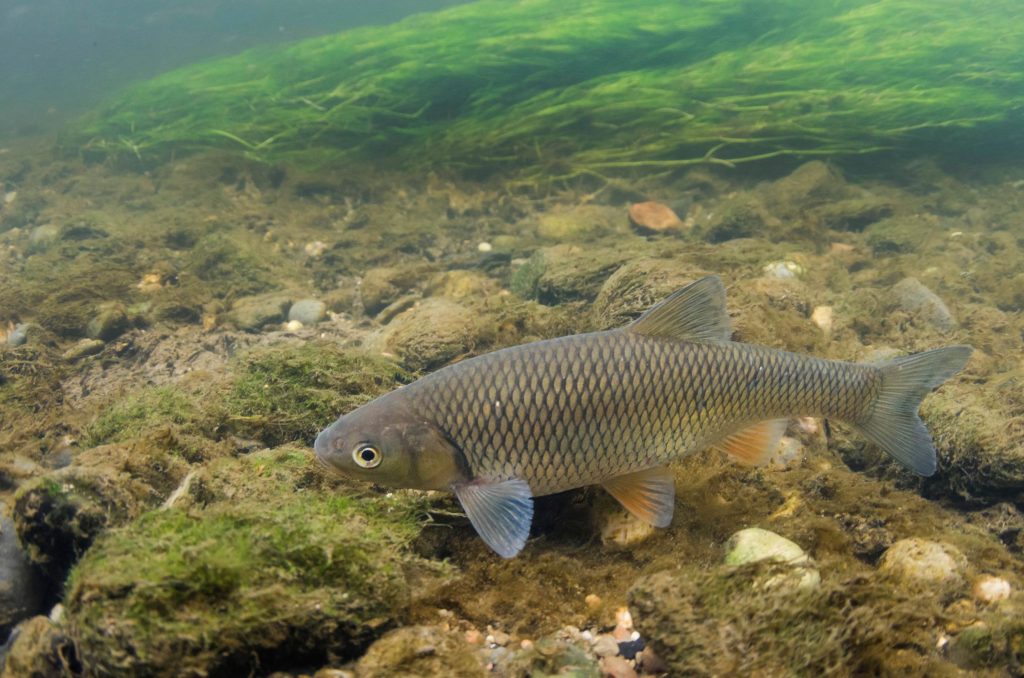 Chub like to feed on surface prey like surface dwelling freshwater invertebrates but will also take terrestrial invertebrates like crane-fly and spiders that fall onto the water surface. As they grow they begin to tackle larger prey, and as adults they will eat small fish like minnows and fry fish as well as crayfish. Some anglers target larger chub with use of small fish-like lures, but can also be successful with fly fishing methods.

Chub, like Barbel, have a high protein diet and are muscly, meaning they’re suited to fast flowing water. In fact, they are usually found in the same stretches of river as Barbel. Chub are quite common in the upper reaches of the River Severn and Anglers regularly catch specimens of over 6lbs (2.7kgs) in weight.

Chub are a relatively long-lived fish. They can live up to10 years, so are dependent on good spawning every few years to maintain numbers. Chub can therefore appear to be very dominant in a river, but then to suddenly die out until a new cohort of smaller chub grows to replace them. 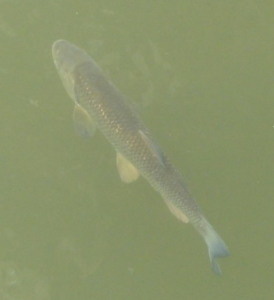 Picture of chub from above, note white lips, dark tail and slight red on fins